Statutes of UEMF
The Euromed University of Fez (UEMF) is constituted as a non-profit association (according to the Dahir of 1958), taking the name of Foundation. It is also a public interest institution and is placed under the High Honorary Presidency of His Majesty the King, Mohammed VI.
UEMF is labelled by the Union for the Mediterranean (UFM) with the support of its 43 member countries. It is recognised by the State; it issues national diplomas, and all its training programmes are accredited.
UEMF is endowed with legal personality as well as financial, administrative, educational, scientific and cultural autonomy. The headquarters of UEMF is located on its campus, Route de Meknès, Rondpoint BENSOUDA, 30 000, Fès, Morocco. 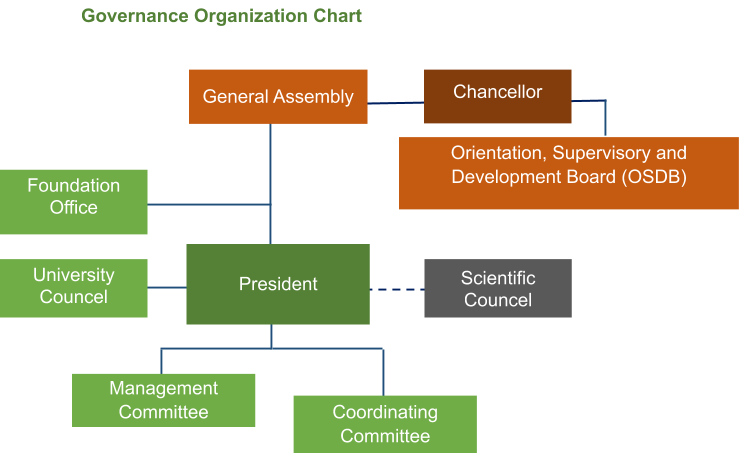